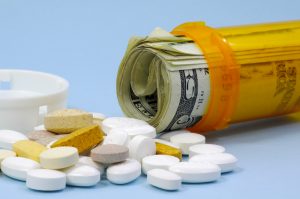 Did you know that a group of 13 male, Republican Senators is currently working on a draft bill of the repeal/replace Obamacare behind closed doors?

The group of Senators claimed they are close to having a proposal to take to the floor.

The bill has been drafted behind closed doors, with many senators unaware of any details. Some Democrat Senators have expressed outrage at the closed-door approach to the drafting.

Sen. Lindsey Graham, R – S.C. stated that the bill is being drafted from a one-party perspective because no Democrat is willing to help with the draft. He said that although this is not the ideal approach, it’s the only way they are able to draft the bill.

The changes to the healthcare bill will affect millions of people, yet we know very little about the potential changes.

The Senate Committee has stated that they will submit the draft bill to the Congressional Budget Office prior to releasing to the public, for nonpartisan analysis of things such as the cost, and how many people will gain or lose coverage, if enacted.

Once the bill is drafted, there are still many uncertainties.

Many experts have stated that the chances of it passing is very unlikely. No Democrats are expected to vote to repeal Obamacare. Republicans can’t lose more than two votes to pass the bill, and several Republicans have already expressed concerns.

What are your thoughts on the replacement bill for the Affordable Care Act? Would you like there to be more transparency?

Get involved by contacting your representatives to let them know your opinions!