ObamaCare enrollment started November 15th.  The question is, who should care? 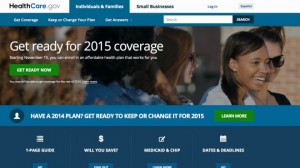 ObamaCare is mainly for people and small groups who purchase their own health insurance.  If you are uninsured and do not have an employer-sponsored health plan, Medicare, or Medicaid, ObamaCare is for you.

But, the fact is that most people will never apply for ObamaCare.

The cost of coverage for an ObamaCare health plan will vary widely depending on three major factors: your age, your income and where you live. ObamaCare allows health insurance companies to charge significantly more for an older shopper compared to a young shopper. For example, a health plan for a 58-year-old can cost three times more then the same health plan for a 23-year-old. The reason for this is that the health insurance company expects to pay far more for the 58-year-old’s healthcare then for a young, healthy 23-year-old. It’s also true that in certain parts of the country healthcare costs more than in other parts of the country. Additionally, for people who earn less than four times the poverty level (about $45,000 for an individual or $96,000 for a family of 4), they will be entitled to subsidies, which may pay for the entire cost of the monthly premium.

Also, if you do not have health insurance you will have to pay a penalty.  So, if you are uninsured, check out  healthcare.gov and enroll in your plan of choice. You  have until February 15, 2015 to apply.

Are you looking to cut through all the noise and find out what ObamaCare really is, what it does, and, most importantly, what it means to you? MyHealthSpin’s “Easy Healthcare: ObamaCare” ebook guide leaves the politics behind and gives you a straightforward, timely rundown of the changes the law made and whether or not they impact YOU. 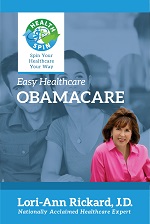